A Starboy, OBO tour is in the works!

In what would be a momentous event in the Nigerian music industry scene and the Afrobeats genre, Wizkid has hinted that he will be going on tour with fellow Afrobeats star and 30BG boss, Davido.

He broke the news on his Instagram story. He said in the caption, “After my MLLE tour!! Davido nd I going on tour! Save your coins! I no one hear pim!!” 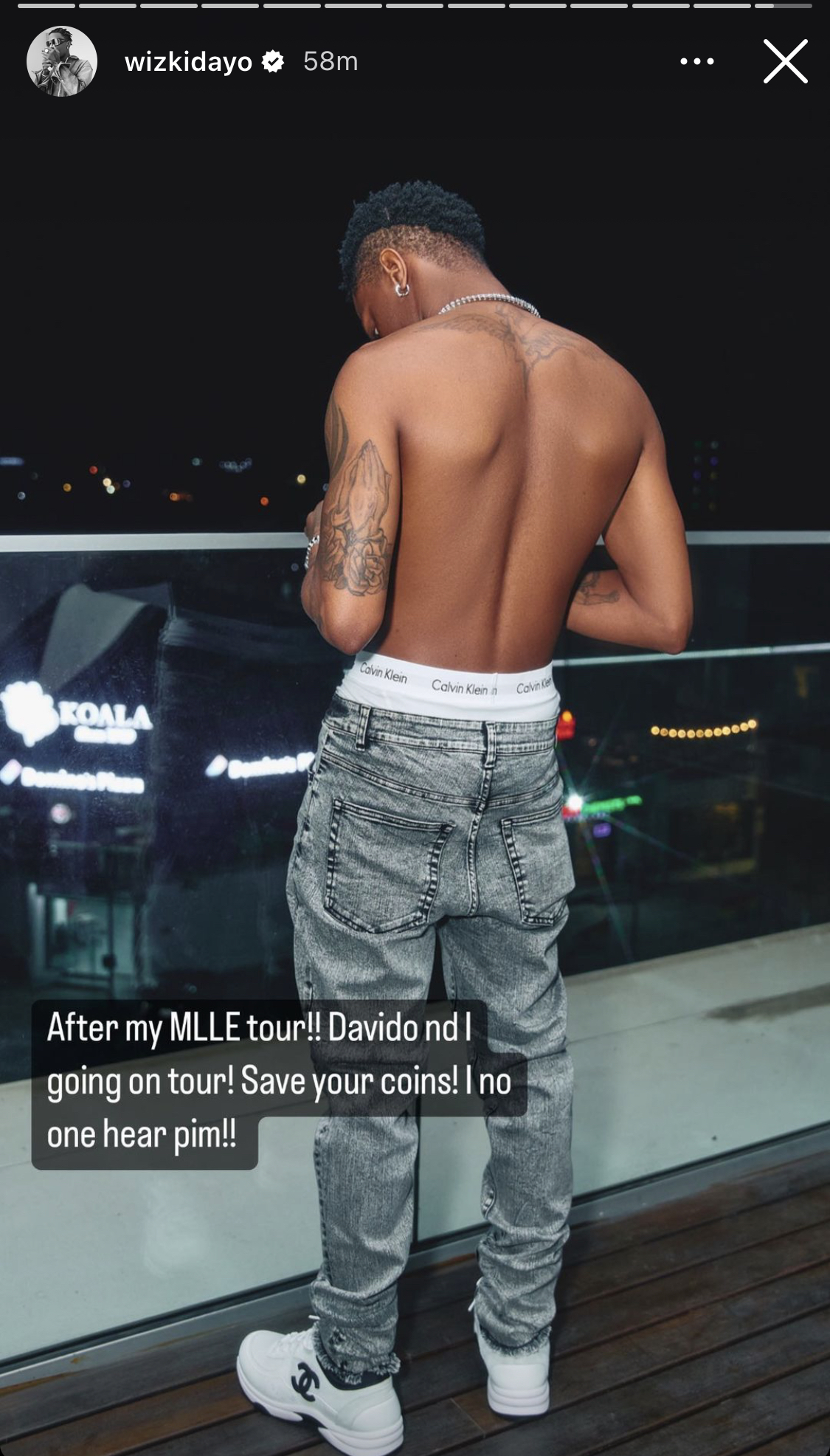 The potentially groundbreaking tour would mark the first time since 2017 that the Nigerian music greats would share a stage.

Wizkid’s ‘MLLE’  20-city tour kicks off on March 3rd at Toyota Center in Houston, TX making stops across the U.S. in Miami, Atlanta, Brooklyn and more before wrapping up in Los Angeles at The Kia Forum on April 7th.

See more dates and venues below.