All three were masters of their art, but who was the most thrilling?

Look through footage of George Weah, Abedi Pele and Jay-Jay Okocha at their best and one thing’s particularly all-encompassing about videos of the trio: they never get old or boring to watch. 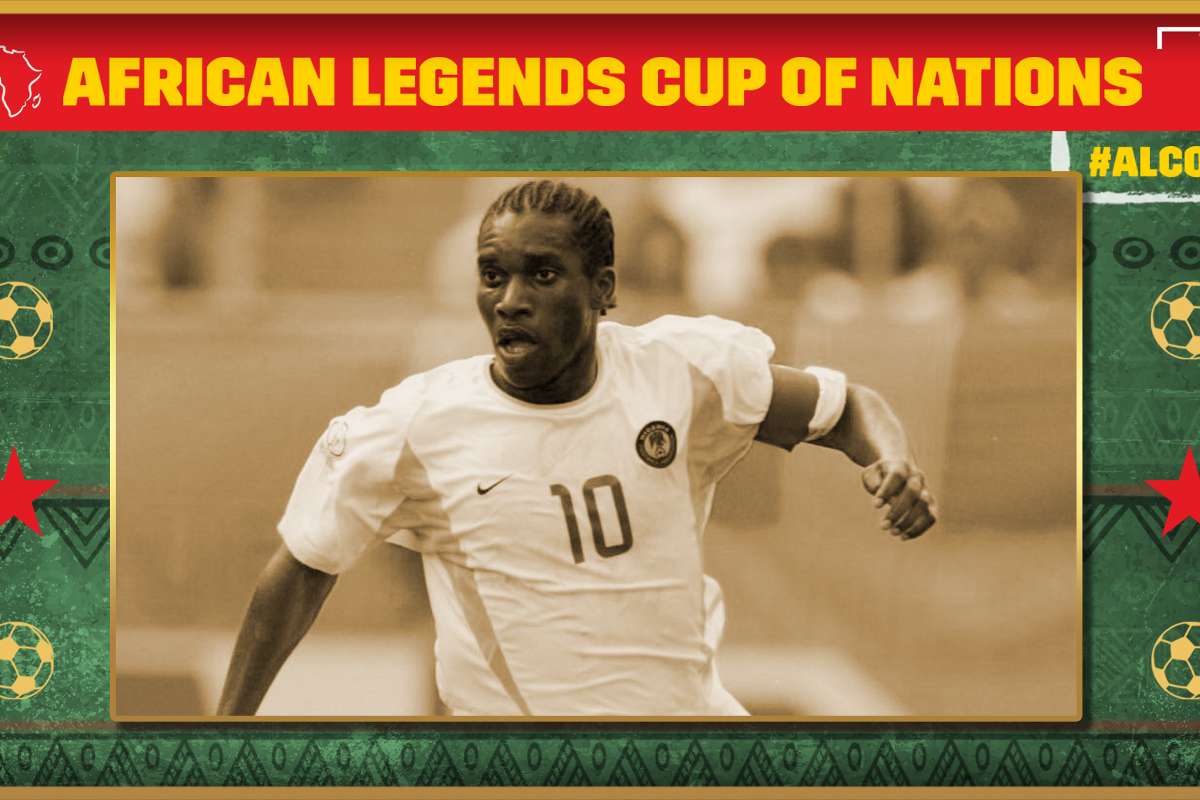 All three epitomised talent in every sense of the word and were indeed a joy to behold. Was made them extra special was in the distinctive styles they had, coupled with the peculiarity of how each went about his business on the pitch, which made it the more intriguing.

One rose from the streets of Liberia to the magnificence of San Siro, exciting fans of the Rossoneri every other week and inspiring an entire generation and the one after.

George Weah’s now unforgettable strike for AC Milan which came in a pretty run-of-the-mill opening day encounter with Hellas Verona, stands out as his most remarkable moment on the pitch.

With Milan 2-1 up with five minutes remaining, every player on the home team had retreated to defend a corner to prevent getting pegged back for 2-2.

The resulting set-piece was too deep and fell to the Liberia star at the back post…he picked up the ball, ran and ran, skipping and evading tackles, running at full pelt past four Verona players before beating Attilio Gregori with aplomb to extend his side’s advantage.

One of the unlucky four markers had actually tried to pull down the rapid number nine, moments after the forward had gone past him, but Weah was too quick. He’d sped out of his opponent’s reach swiftly, and for posterity we’re fortunate that intended foul didn’t happen. 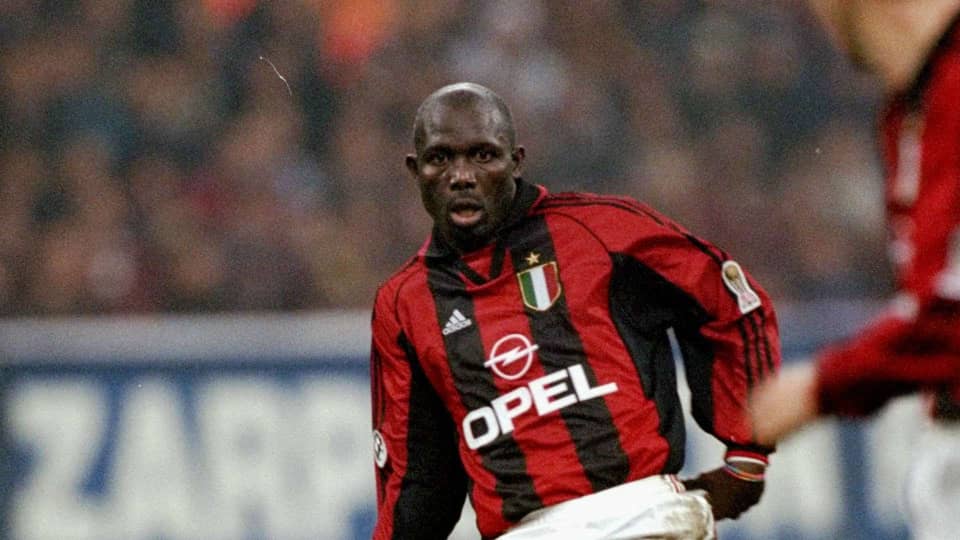 Usually, players in the Monrovia-born forward’s shoes will have been advised to ‘take the ball to the cornerflag’ to waste time or ‘buy a foul’ by holding on to possession long enough to irritate the opposition.

However, the frontman was having none of that. Instead, he ran 70 yards of the San Siro turf, slalomed past a series of challenges and finished coolly to score one of the sport’s exceptional goals.

These days, it’s hard to find all-round players who truly typify the tag, yet Weah did in his prime.

It wasn’t just the speed, it was the skill, the deftness of touch, the creativity and the presence of mind to mostly make the right decisions on the pitch that stood out.

Having lost Marco van Basten prematurely to a chronic ankle injury in 1995, after a two-year battle and absence from the sport, the West African forward seamlessly replaced the Flying Dutchman in Milan, which in itself was telling.

Weah’s elegance was second to none, and the things he did on the pitch may be hard to put into words…we can only try. 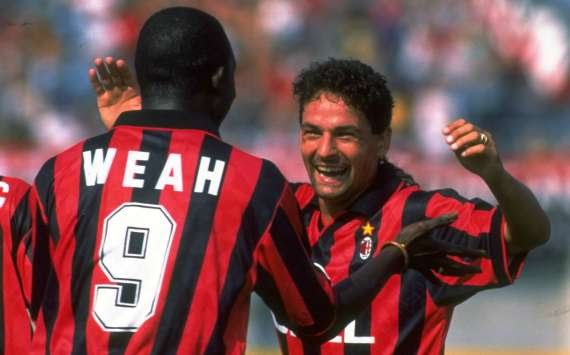 Ghana’s Abedi Pele predated Weah’s best years in European football and he was different to the striker in that he was naturally a maverick playmaker, but scored his fair share of goals.

The way in which he weaved his way around pressure and then accelerated into space before playing a final pass or shoot himself was always a lovely sight to see in his heyday.

It was Pele’s performances in Europe that paved the way for African imports to thrive, such was his transformative influence outside the continent of his birth.

In Africa, the attacking midfielder’s overall performance at Afcon 1992 arguably stands as the most dominant of any individual at the showpiece.

This highlight of Pele’s competition came against Congo in the quarter-final, where, in seconds, he put his upper-body strength to good use to win possession, thereafter dribbling at speed past two players before finishing from a tight angle. Ghana progressed 2-1 owing to that moment of genius.

The Black Stars’ mercurial playmaker mastered the art of beating his opponents in motion and having the composure to make the right decision afterwards. He, truly, exemplified dribbling with purpose as opposed to merely wanting to entertain.

Okocha, though, was simply different. He wasn’t blessed with the speed or acceleration of the aforementioned pair, but what he had in abundance, and arguably more than Weah and Pele, was an array of tricks and panache.

The Nigerian would lure you in, sit you on the turf, and go on with his business with a swagger that’s perhaps not going to be seen anymore in African football.

His incredible solo effort for Eintracht Frankfurt against Karlsruher, which saw him humiliate Oliver Kahn and a number of opponents with feints and blatant audacity remains one of the most memorable goals ever produced by an African over the years.

From Okocha’s effrontery vs Kahn to Weah’s solo brilliance at San Siro or Tshabalala’s thunderbolt against Mexico, good luck picking out your favourite goal ever scored by an African.

Okocha lit up the 1998 World Cup with his flamboyance and was recognised as one of the best players to feature at the finals, despite playing only three of the Super Eagles’ games.

The sight of the skilled showman going past a frustrated Cesc Fabregas, who kicked out at thin air, at the Reebok Stadium in 2005 didn’t come close to when he beat Ray Parlour with a rainbow flick two years earlier.

Then there was that performance at Old Trafford in 05/06 where he ran rings around Gary Neville and co. in one sequence of play, which came after he’d humiliated an outstretched Ryan Giggs earlier in the game.

Okocha did it all with a smile on his face, signalling how much fun the beautiful game was for him.

Be that as it may, while Ghana and Nigeria produced two incredibly gifted showmen, it’s hard to top Weah’s incredible talent. The greatest export of Liberian football was truly sensational as he combined individual skill with uncanny selflessness to go down as Africa’s most exceptional talent.

Okocha and Pele were exemplary, but the 1995 Fifa and European Player of the Year was simply out of this world.