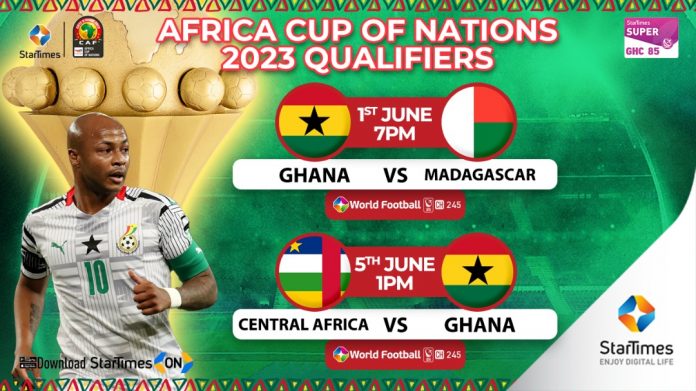 There will be a constant diet of Africa Cup of Nations qualifiers for StarTimes subscribers as the Pay-Tv operator is set to beam all matches of the AFCON 2023 qualifiers live in HD.

Qualifiers for the 2023 finals in the Ivory Coast will be played daily from 1-9 June, with further fixtures on 13 June. 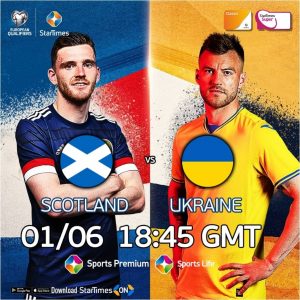 The Confederation of African Football (CAF) has spread out the games well enough to accommodate all matches live for TV schedules and Africa’s leading pay-tv operator StarTimes will treat viewers to an exciting coverage of African Football. 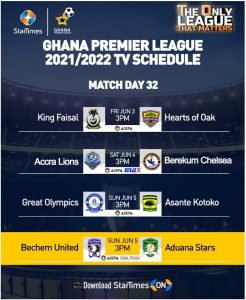 StarTimes will start off the first two rounds of the group phase broadcast with scintillating fixtures which includes Ghana vs Madagascar, Tunisia vs Equatorial Guinea, Ivory Coast vs Zambia, Burkina Faso vs Cape Verde alongside other top liners.

There will be more football to look forward to on StarTimes as the Only League That Matters, Ghana Premier League draws to a conclusive stage with Kotoko extending their lead while others fight for survival in Match Day 31 fixtures.

The UEFA World Cup final qualifying slot will also take place as Scotland vs Ukraine battle it out to meet Wales for a ticket to Qatar 2022. 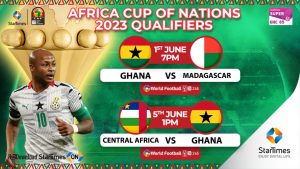 United Arab Emirates will also be hoping to book a place in Qatar as they lock horns with Australia for the final World Cup qualifying slot from Asia.