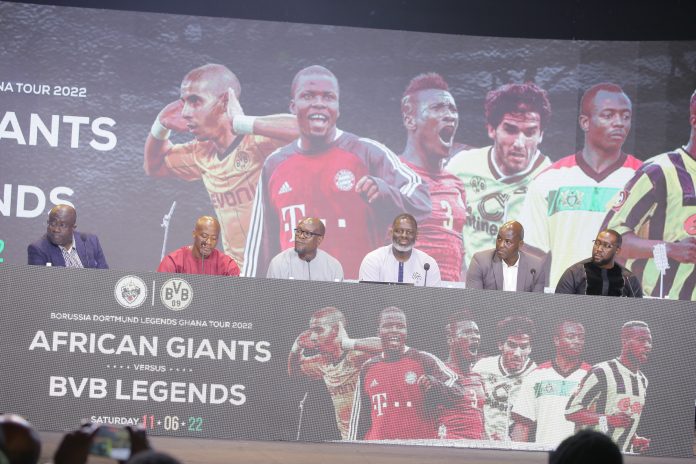 The event, which was held at Silicon House Production in Accra, was graced by a host of Ghanaian football legends including; Anthony Baffoe, C.K Akonnor, Ibrahim Tanko, Asamoah Gyan, Mallam Yahya and a host of others; all billed to take part in the historic event scheduled for the 11th of June, 2022. 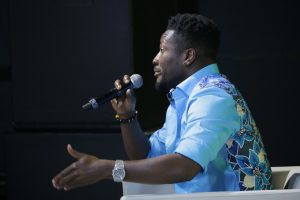 The second division football club, based in Accra, is set to make history by lining up

Legends of Borussia Dortmund (BVB) against an assembled side of African Football  Giants here in Accra, Ghana.

The much-anticipated line-up of events, set to take place from the 8th – 12th of June 2022 will include many interesting activities. Key of these  are:

▪ A nostalgic line up of African football greats re-living their stardom in a legendary football match on June 11th at the Accra Sports stadium and;

▪ A Youth Development Coaching Clinic, CSR activities (visit to Chance for Children’s home) and a Gala Dinner on the 9th of June.

▪ A curtain raiser game between the talented Shooting Stars FC vs a Greater Accra Regional Football Association (GARFA) side to precede the game. 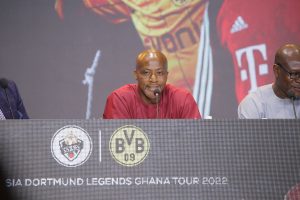 The headline game will be graced by some of the greatest African players of all time such as the prolific and talented Abedi Ayew Pele, Borussia Dortmund’s Top-talent Trainer and Black Stars’ coach Otto Addo, former Wolfsburg captain Charles K. Akonnor, Former BVB Champions League winner Ibrahim Tanko and other football greats like, Samuel Osei Kuffour, Stephen Appiah, Asamoah Gyan and a host of others. 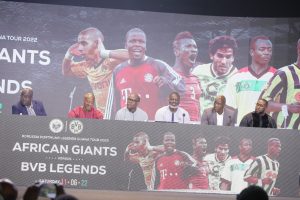 Speaking about the event, BVB’s CMO, Carsten Cramer, stated that “With over 160,000 registered club members, Borussia Dortmund is a uniquely intensive footballing experience. Over the past decades, BVB has enjoyed a vibrant and fruitful history with top talents from Africa, and attracted a number of excellent African players, such as Pierre-Emerick Aubameyang, Otto Addo, Ibrahim Tanko, Mohamed Zidan and Sunday Oliseh. 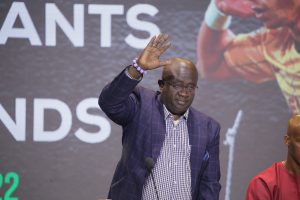 We are all excited that this first-ever BVB Legends Ghana tour will finally take place, and look forward to creating some unforgettable memories together with Shooting Stars FC this summer.”

In similar sentiments, Benedikt Scholz, Head of International & Commercial Partnerships at BVB said that as they develop their presence in Africa, it is very important for them to demonstrate how close their relationship is with their fans in Ghana. This tour provides an excellent opportunity for them to show what ‘Echte Liebe’ truly means. Together with the powerful line-up of their Legends Team, their international main sponsor Evonik, as well as ROWE – the presenter of BVB’s Legends Series, they will continue to create success on-and-off the pitch. 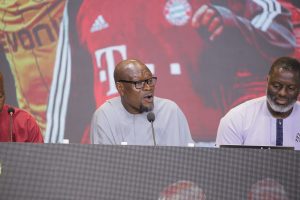 Martin Heward-Mills (Head of Marketing & Strategy) of Shooting Stars FC stated, “We are excited about the opportunity for these legends to once again inspire the younger generation. We are also beyond thrilled to be a part of history in the making by hosting BVB’s first official tour to Africa.”

In launching the Legends tour, Dr. Aubynn, an Executive Committee Member of the GFA, expressed the Association’s excitement and commitment to this event. He further stated that delegates of both clubs have met with key officials from the Ministry of Youth and Sports, GFA, and GHALCA, who are all fully on board supporting this one-of-a-kind legend tour in Africa and are looking forward to this iconic match among Africa’s football giants. 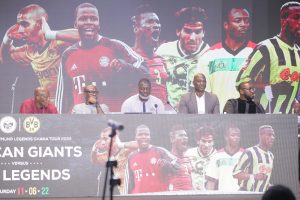 Advance sale of tickets to the Legends Match has officially opened. For more information, please call 0555405835. Tickets can also be purchased online at https://egotickets.com/e/33855.

Shooting Stars Football Club is a professional division two-football club based in Ghana. Since 2018, the Club has achieved incredible success and growth in developing young talented boys to become international quality football players.

The Club is designed to give young exceptionally skilled players aged 12-19 years the opportunity to be coached by experienced professional coaches. We select underprivileged and talented kids and develop them further and teach them the missing tactical adaptability necessary to thrive as professional football players, outside of Africa. The organization seeks to make a substantial contribution to the development of football in Ghana and Africa in general. 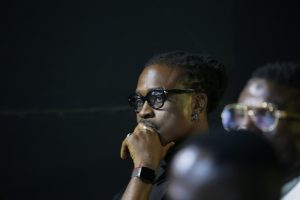 Borussia Dortmund is one of the most successful football clubs in Germany. The club has won eight league championships, five DFB-Pokals, one UEFA Champions League, one Intercontinental Cup, and one UEFA Cup Winners’ Cup. With over 160,000 members in total, it is one of the five largest sports clubs in Germany and is the seventh-largest worldwide. For more information about Borussia Dortmund (BVB), visit www.bvb.de.