The US Secret Service has evacuated America’s Second Gentleman Doug Emhoff from an event at a Washington D.C. high school after they reportedly received a bomb threat.

Local media reports monitored by African Entertainment said the husband of Vice President Kamala Harris was at Dunbar High School for an event in commemoration of Black History Month.

Reports say he was in the school’s museum for about five minutes before a member of his security detail approached him saying, “we have to go.”

According to reports, students and educators at the school were instructed to leave the school, with an overhead announcement saying, “evacuate the building.” 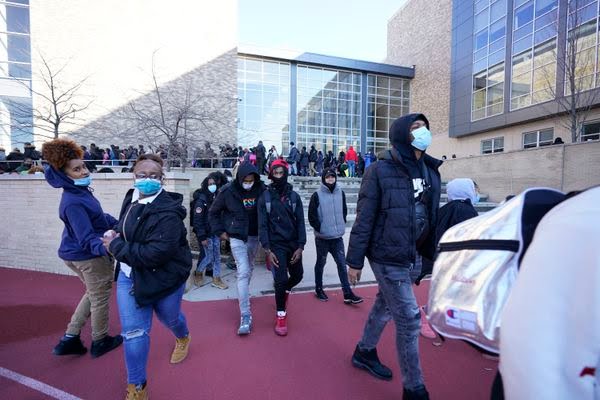 The second Gentleman was at the Dunbar High School in Washington on Tuesday, Feb. 8, 2022.

Reports say it remains unknown if the planned bomb attack known if it was related to Emhoff’s visit or the Black History Month event and the Secret Service did not immediately respond to a request for comment.

Last week, there were reported bomb threats against at least 17 historically Black colleges and universities across the U.S.

A report by NBC News says the FBI has identified six persons of interest around the country, all juveniles, who are suspected of making the threats.