He was aged 78 and was one of Scotland’s most celebrated comedian of all time.

Large remained a fan of Manchester City for many years I his life. 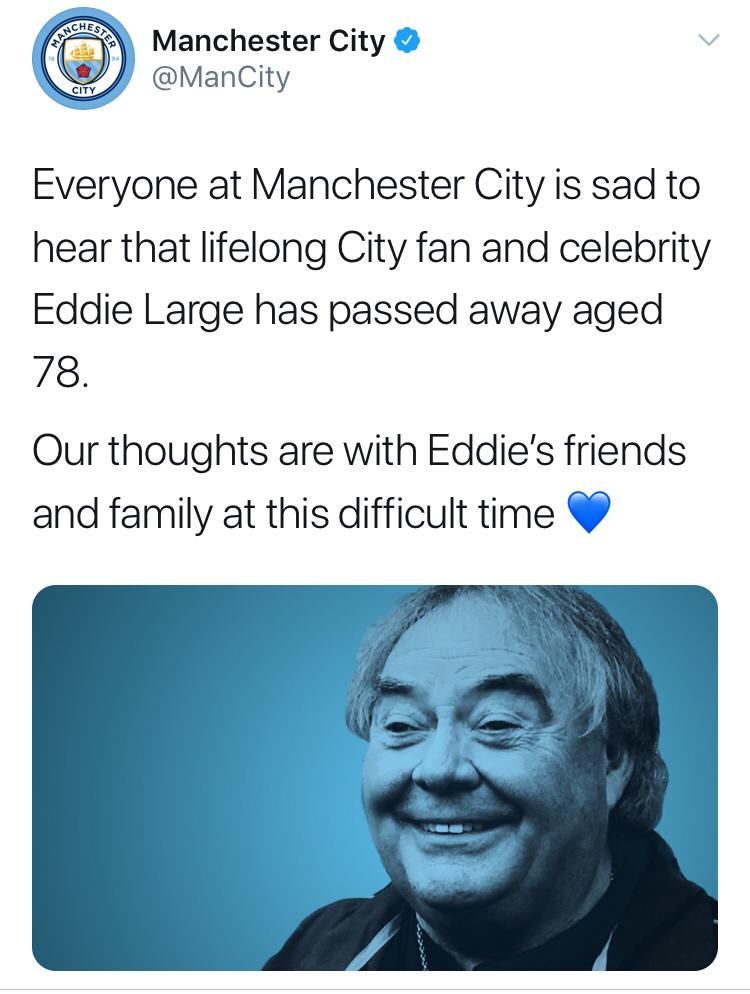 Reacting to news of his death, City tweeted on its official Twitter handle: “Everyone at Manchester City is sad to hear that lifelong City fan and celebrity Eddie Large has passed away aged 78.”

“Our thoughts are with Eddie’s friends and family at this difficult time,” the Club says.

Large is well-known as one half of the comedy pair little and large.

He was born in Glasgow and raised in Manchester.

African Entertainment understands he was being treated for heart failure in a hospital when he contracted the virus.