The Deputy Minister for Lands and Natural Resources, Hon. Benito Owusu-Bio says, his Ministry pledges its unwavering support for the SNV Transformative Land Investment project, an initiative which seeks to enhance Land and ecosystem health with equitable and gender transformative improvements in food and tenure security, livelihoods and resilience at scale.

Speaking at the launching and inception workshop of the Transformative Land Investment project (TLI) held in Accra on 12th May, 2022, Hon. Benito Owusu-Bio who represented the Ministry on behalf of the Sector Minister said the issue of land based investments and the need for proper regulation to ensure these investments bring positive impact is something that the Ministry of Lands and Natural Resources has keenly paid attention to.

In regards to the Ministry paying keen attention to land issues, Hon. Benito sampled the New Land Act, Act 1036 as an intervention the President Akufo-Addo government has put in place to tackle Land issues saying “This is a consolidation of many new ideas and experiences in the land sector with Provisions that covers many contemporary issues we face in the land sector as a country, including provisions on acquisition and registration of land for investments”. 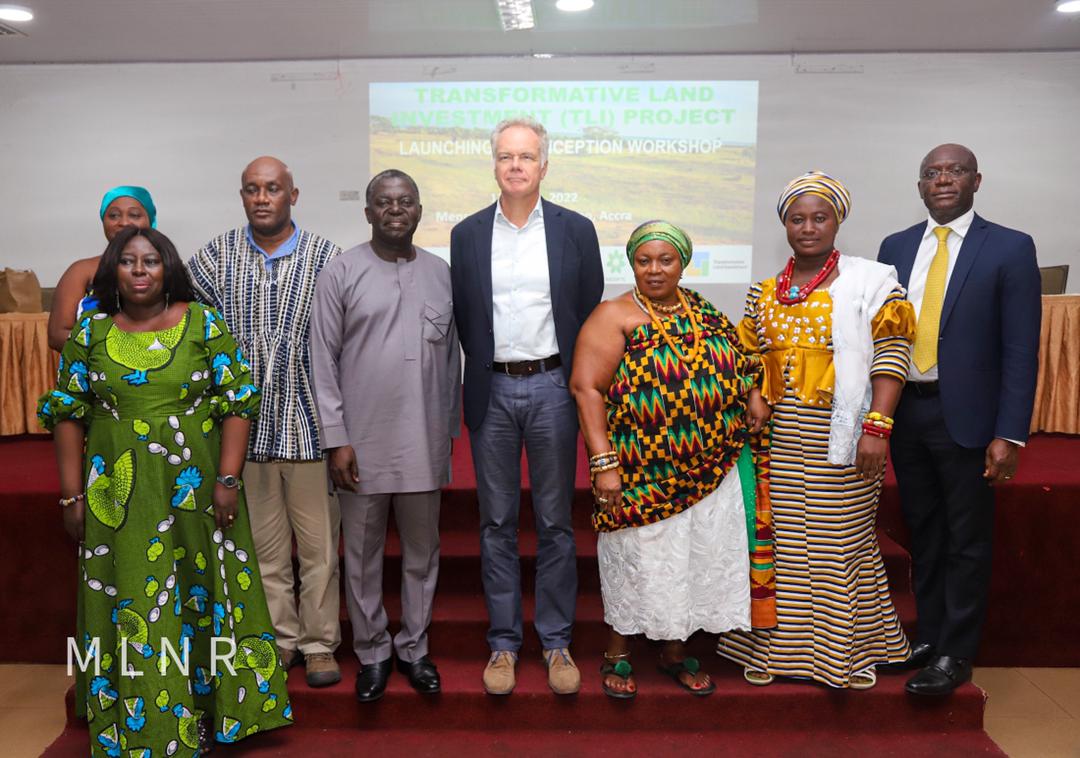 The Deputy Minister continued that in addition to the New Land Act, agencies under the Ministry have been working closely with Traditional Leaders across the country to build capacity for the implementation of this Land Act.

He opined that the TLI Project has therefore come at the right time for Ghana as the policy environment has already been created for such a project to complement national efforts, adding that he is delighted to learn that the project seeks to introduce a new paradigm in the governance of land based investments.

Hon. Benito touted the Ministry as one that has over the years been the most targeted sector in the Ghanaian economy when it comes to foreign investments, as he said the Ministry receives more investors to the country with increasing attention to land based investments and therefore “we cannot but give attention to regulating, not only the introduction of the investors to available land parcels”.

He also called for a collaborative effort between partners not only for financial rewards but also to give attention to developing communities and improving livelihoods and food security.

He outlined a few projects the Ministry has partnered other agencies to Implement, naming The Forest Investment Plan (FIP), the Natural Resources and Environmental Governance (NREG) and The Green Ghana Initiative as examples which makes the Ministry no stranger to implementing laudable projects that are aligned to its policy attention areas.

Hon. Owusu-Bio gave the assurance that the Ministry, working through its agencies is committed to the core mandate and functions as established by law and will be adhered to in promoting the Transformative Lands Investment (TLI) Project by SNV Ghana.

“We look forward to working closely together with the project implementing team throughout the implementation of the project. Doing so will help deliver the expected outcomes of the project and help to transform land based investment processes, for beneficial impacts in Ghana and the four other countries of the project.”He concluded.

The Country Director of SNV Ghana, Mr. Anjo Van Toorn on his part, gave an overview of the project, detailing that project will be Implemented by five countries, namely, Ethiopia, Mozambique, Myanmar, Loas and Ghana.

He said the overall goal of the project which is to enhance Land and ecosystem health with equitable and gender transformative improvements in food and tenure security, livelihoods and resilience at scale, will be achieved by promoting the effective implementation of Voluntary Guidelines on the Governance of Tenure( VGGT) and the Principles for Responsible Agricultural Investment (PRAI).

The Executive Secretary of the Lands Commission Mr. James Dadson in his statement said the Commission is elated to be a part of such an important project and more so that Ghana has been selected as one of the implementing countries which he said ties into the Land Commission’s drive for responsible large scale investment.

Mr. Dadson listed out some challenges that impact on the land administrative system saying that with all the challenges associated with lands, irresponsible large scale Land Investment can be detrimental to efforts aimed at poverty reduction, secure livelihoods, climate change and food security.

He asserted that in order for the TLI project to succeed in Ghana, the Commission is of a public view that stakeholders must take into consideration the land tenure system in the country.

He hoped that the workshop will meet the Commission’s expectations to see good results, while registering their commitment to project. ” The Lands Commission is ready to contribute its quota to make the TLI project a success and we commit to that” he assured.

The Head of the Administrator of Stool Lands, (OASL) Surveyor Mrs. Maame Ama Edumadze-Acquah in a short remark expressed her appreciation to SNV for making her outfit a member of such an important project.

She said considering their core mandate and experiences with a number of projects that her outfit has been able to embark on in partnership with like-minded institutions, the SNV can be restassured that they are in good hands when it comes to community entry, tenant farmers and rural workers. 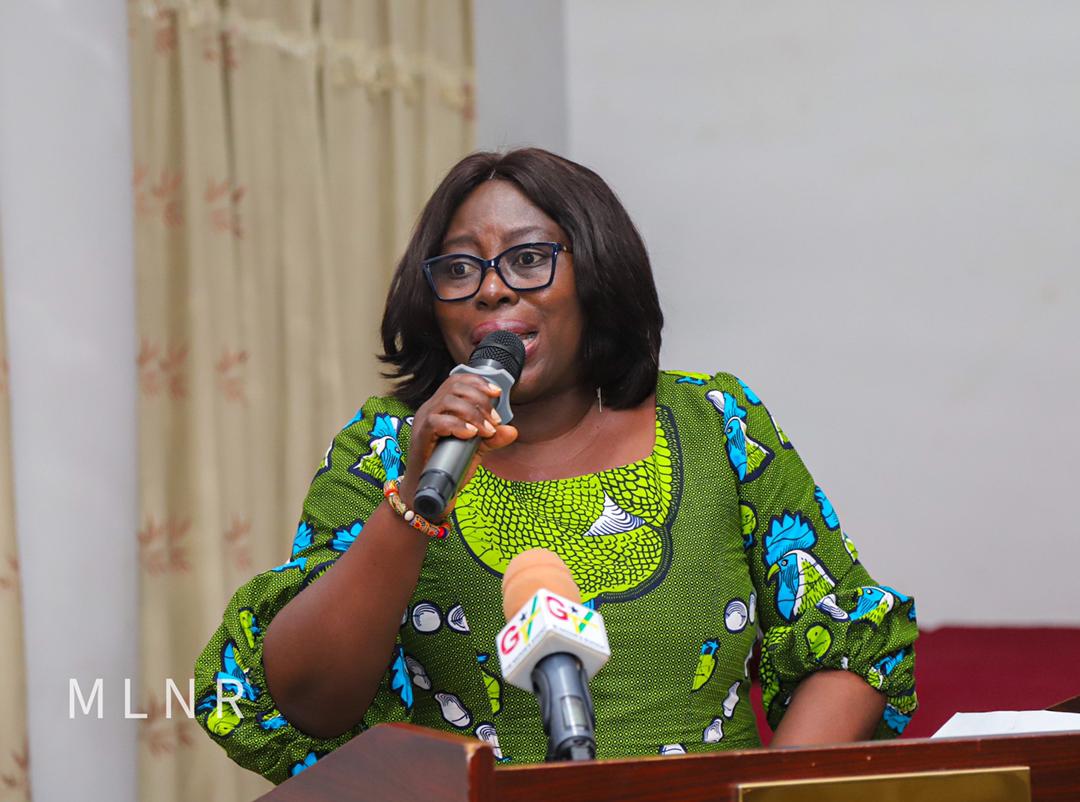 The launching and inception workshop was organised by SNV Netherlands Development Organisation, a member of a consortium implementing the TLI project with funding support from the Swiss Development Cooperation (SDC).