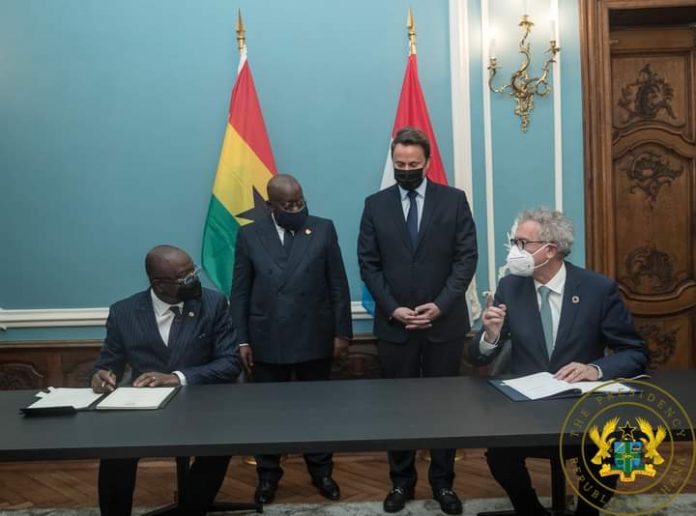 The European Investment Bank (EIB) has supported Ghana’s health sector with an amount of €82.5 million.

Mr Akufo-Addo – who paid a day’s visit to Luxembourg on Monday, December 13, 2021 – announced that he held a meeting with the President of the European Investment Bank, Dr Werner Hoyer.

According to him, “I welcomed the €82.5 million support offered to Ghana by the Bank to strengthen Ghana’s healthcare, provision of specialist medical equipment and medicines, under our national COVID-19 Health Response Plan.” 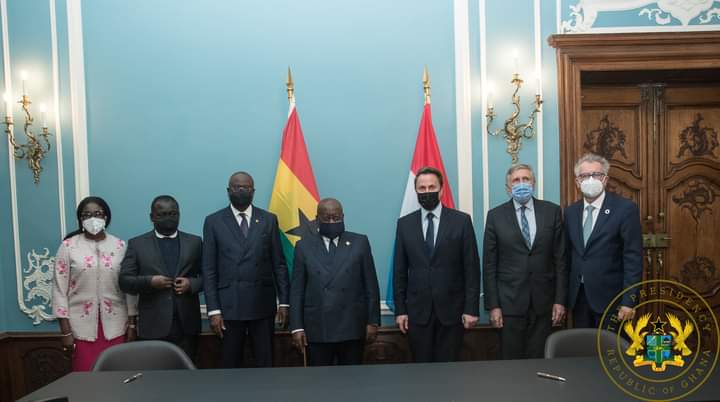 Commenting on his visit to Luxembourg, Mr. Akufo-Addo revealed that he was in the European nation “as part of efforts to deepen bilateral relations and ties of co-operation between the two countries.”

He disclosed that “Amongst others, I paid a courtesy call on the Grand Duke of Luxembourg, Henri Albert Gabriel Félix Marie Guillaume; held bilateral talks with Prime Minister Xavier Bettel, where, amongst others, our two countries signed a Bilateral Air Services Agreement and a Double Taxation Agreement.”