Self-acclaimed United Nations (UN) Global Ambassador, Kwame Fordjour aka Dr UN has come out yet again with another awards scheme.

The discovery that Dr UN was not a UN Global Ambassador and that the United Nations was unaware of his awards scheme caused major public embarrassment for most of his award winners in 2020.

But he has once again come out boldly to announce some award categories.

He announced the “2022 Global Recognition Awards” on social media.

It remains unclear who will be the recipients of his awards this year. 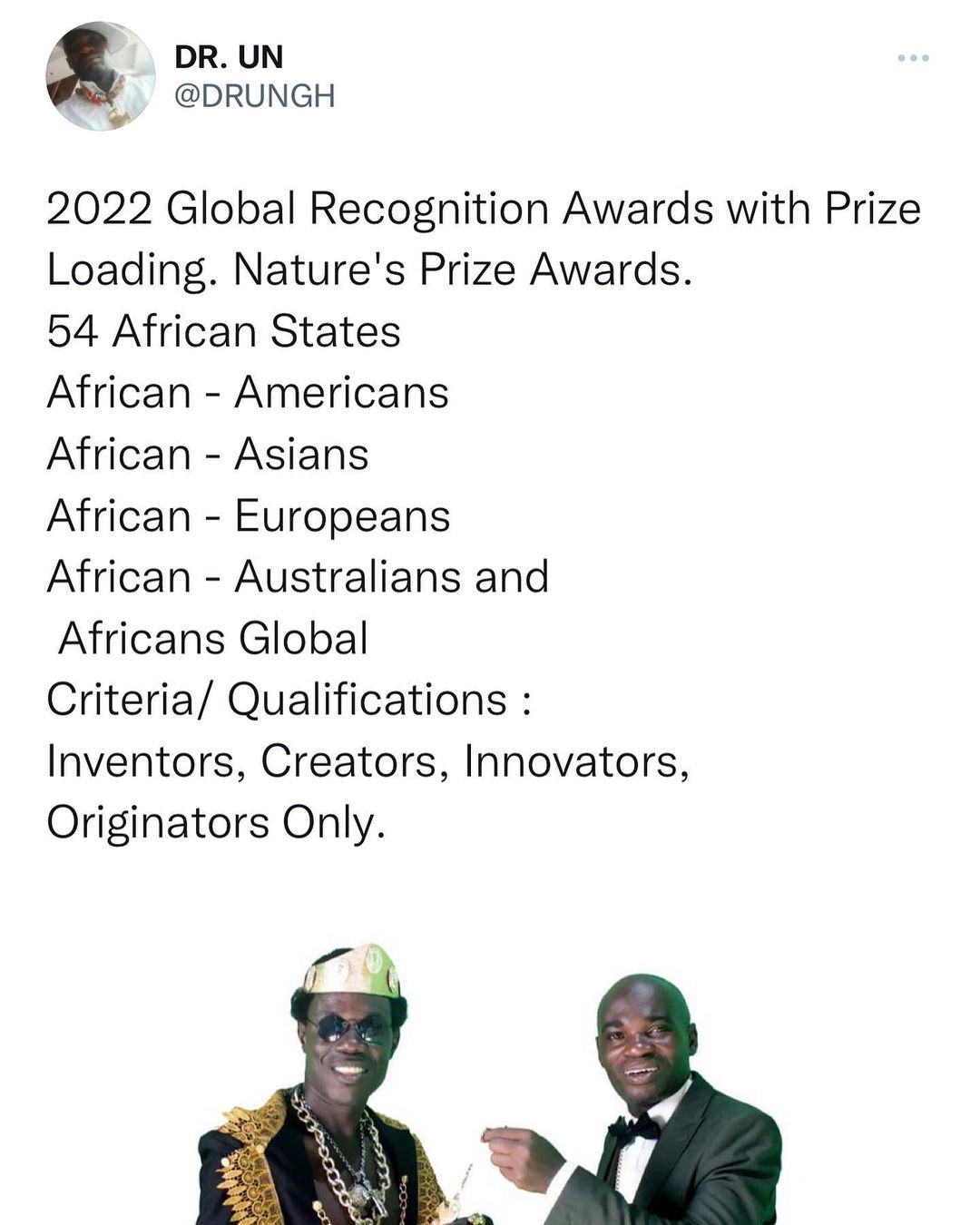 This week on #TwitterGhana: Baba Yara to host Ghana World Cup Play Off match, Sarkodie set for Dubai concert and much more

From Ghana to the world: Spotify’s role in making Ghana a cultural landmark in the diaspora

Sarkodie Says A Prayer For Ghanaians Stranded In Ukraine