All who are looking forward to recording label executive Micheal Ajereh, aka Don Jazzy’s wedding may have to wait longer owing to his strong opinions on fidelity in marriages and open relationships.

The beat maker, who married Michelle Jackson, a United Kingdom-based model, at 20 and divorced at 22, was a guest on The Honest Bunch podcast where he spoke on the topic, ‘Marriage; A Poverty Alleviation Scheme?’ 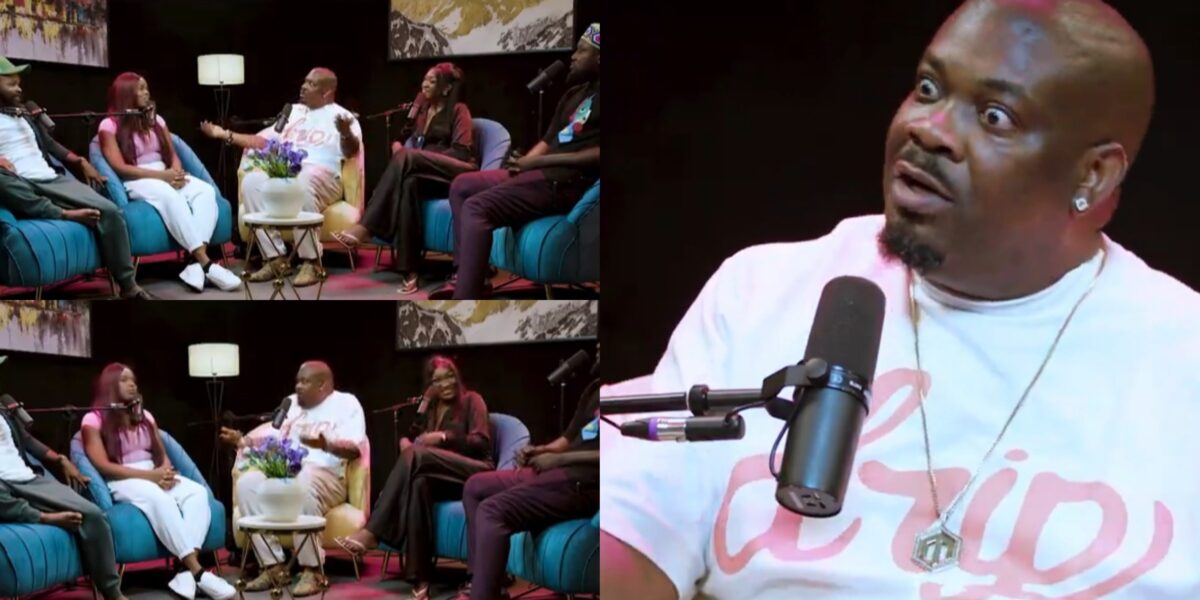 Speaking on the qualities he finds attractive in a woman, Jazzy, who has over the years fantasized about American singer, Rihanna, said that they include understanding, calmness, and someone peaceful.

He, however, was quick to point out that he does not see himself sticking with one woman and does not expect his partner to do the same.

Explaining further, the former owner of the defunct Mo-Hits Records said that he understands when people talk about being in a relationship and that all men are scum.

“Somebody like me, I haven’t been able to process the fact that if I like this person and I’m with this person, every other person should go to hell.

“I don’t know how people get to that point where you see somebody, then the thing that makes you like other people, you put it off,” he said.

The 40-year-old singer gave an example of liking a beautiful lady, and the lady also has an equally beautiful friend. According to him, nothing stops him from going after his friend’s friend.

He also noted that the said friend is also free to go after other people she fancies other than himself.

“It is possible that you would like someone, then another person comes, and since ashewo dey my eye, I will start looking at them.

“I use myself to judge other people. If by any standards I can do that to somebody else, I don’t mind if they do it to me,” he said.

He further pointed out that the notion might change as time goes on.