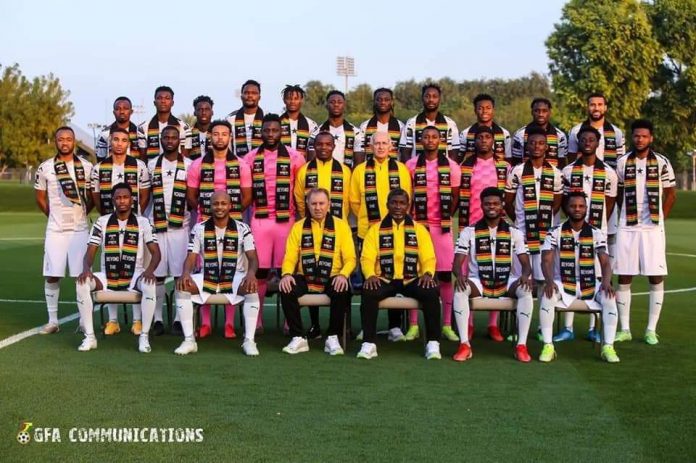 The Chairman of the World Human Rights Council for African and Ghans Nii Ayitey Anumle Oyanka I has appealed to the Ministry of youth & sports and the Ghana Football Association to stop the implementation of AstroTurfs and focus on investing in grassroots football.

According to the former footballer turned Traditional leader in Ghana who plied his professional football career in Sweden in the year 2009, the Ghana Football Association is not doing things right.

“The Ghana Football Association and the Ministry of Youth and Sports must do things suitably. Colts Football that gave birth to Players like Abedi Pele, Sulley Muntari, Bright Addae, Asamoah Gyan, Baffour Gyan, Kwame Ayew, Samuel Osei Kuffour has been neglected and destroyed”.

He added that the implementation of Astoturfs should be ceased but rather attention should be paid to the colts football.

King Oyanka noted that Community football in Ghana from time immemorial has been played on rough and grass-less pitches but quality players have been produced from those pitches.

“Talent hubs like Bubuashie,Fadama, Tema, Ashaiman, Mamprobi, Nima and Newtown, Darkuman, Teshie-Nungua and other areas until recently all had juvenile clubs producing talents on grass-less pitches. Two recent Black Stars captains, Stephen Appiah and Asamoah Gyan all had their formative football years on pitches without grass”.

He added that what he sees today are some young men from rich homes who have been turned into footballers by force.

“The problems in Ghana football predate even before the birth of Dede Ayew. When we last won the AFCON in Libya in 1982 even Dede’s father Abedi was still a youngster.  So between 1982 up to date, Ghana Blackstars haven’t won any trophy,  Which player is to take the blame?  GFA is to-be blamed for Ghana Football Woes”.

He also fired some Ghanaian so-called Prophet for shedding nonsense about football that has no business with their work for God.

Nii Oyanka angrily rebuked claims by one Prophet who claimed the captain of the black stars Andre Dede Ayew should apologise to some formal senior players of the Black Star Team.

Which cup did Sulley, Gyan, KPB etc win for Ghana?? King Oyanka Quizzed.  Dede at least won Under-20 World Cup 2009. Dede owes nobody an apology. The government and GFA must just set up a DEVELOPMENT PLAN. Everything now is planning and hardworking.