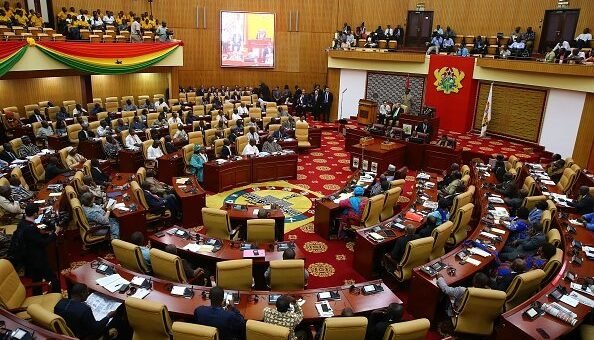 The Ghana Parliamentary Monitoring Organizations Network (GPMON) has observed with grave concern the current disturbances within the Parliament of Ghana in the past few weeks.

The contentions and disturbing incidents concern the Motion to approve the Budget and Economic Policy of Government for the year 2022, the
interpretation of Article 104 and Order 109 regarding Voting in Parliament and the peculiar dynamics of the 8th Parliament of the 4th Republic of Ghana, the claim of impersonation of a female Member of Parliament, the presentstand-off between a Member of the august House and the Police over an unlawful assembly case among
others.

These occurrences come in the wake of similar wrangling that unfortunately characterized the
inauguration of Parliament on January 7th 2021 and which has neither been officially investigated, nor reported on by the august House.

The current impasse in Ghana’s Parliament reflects a ‘hung’ situation which is both unique and an unchartered territory worthy of parliamentary exploration.

The reflection of the sentiments of the citizenry through their vote and mandate expressed in the 2020 general elections must not be viewed lightly.

The strong signal sent by constituents to Members of Parliament, is to ensure parliamentary responsiveness, transparency and accountability in representing the interests of the citizenry.

The Network believes that the split vote is an opportunity for Parliament to creatively engage and build consensus in order to effectively perform their mandate as expected.

Failure to engage effectively among the Caucuses, make concessions and build consensus generally is affecting the overall quality of parliamentary
business under the 8th Parliament.

The overall impact will erode the confidence of the public in Parliament; and the recent gains made in the strengthening of this institution of State.

While the issue of the ‘alleged impersonation’ of a female MP has been publicly refuted, it continues to be a growing concern about potential security breaches and likelihood of impersonation if stringent measures are not put in place.

This presents an opportunity for Parliament to deploy e-systems to establish the true identity
of Members of Parliament during check-ins and ensure that members in attendance sign against their names especially in case of voting.

We propose such measures to bring credibility to the work of the Parliament to restore the confidence in Parliament as an oversight institution.

Furthermore, the exercise of privileges of MPs against the rule of law must be used judiciously to uphold and maintain the respect for other institutions of State such as the Police Service mandated to establish law and order by the very laws of the land.

Members who are invited to the Police should be at liberty to respect such invitations accompanied by their counsel.

This will go a long way to correct the perception that Members of Parliament are unwilling to abide by the laws and regulations that have been established by Parliament to promote democratic governance in the country.

Ghana’s Parliament has been a beacon for other nations making the recent events an aberration on its record.

While disagreements are allowed, it is hoped that the comportment and decorous conduct that has
characterized Parliament over the years does not derail.

GPMON recommends that Parliament must take urgent steps to:

1. Resolve to further amend the Standing Orders to incorporate modalities for operating under the ‘split’ Parliament.

2. Build consensus on the National Budget and secure arrangements in the best interest of the nation.

3. Respect the Office of the Speaker or his representative in the management of the affairs of Parliamentary business.

5. Commission an investigation, or make public the outcome of the investigations (if any) on the incident that took place in the Chamber on 7
th January 2021, and corrective measures put in place to deter such events in future.

6. Review the current Standing Orders of the House to accommodate new arrangements to govern
Parliamentary practice in the current unprecedented situation, especially to establish clearly matters involving the Majority and Minority caucuses in the House, voting and quorum matters among others.

The under listed membership of GPMON pledge our continuous support to the Parliament of Ghana in our collective bid to ensure that the sanctity of Parliament is maintained as a credible national institution vested with the authority to exercise its core roles of legislation, oversight and representation effectively.

Dated and signed in Accra by: