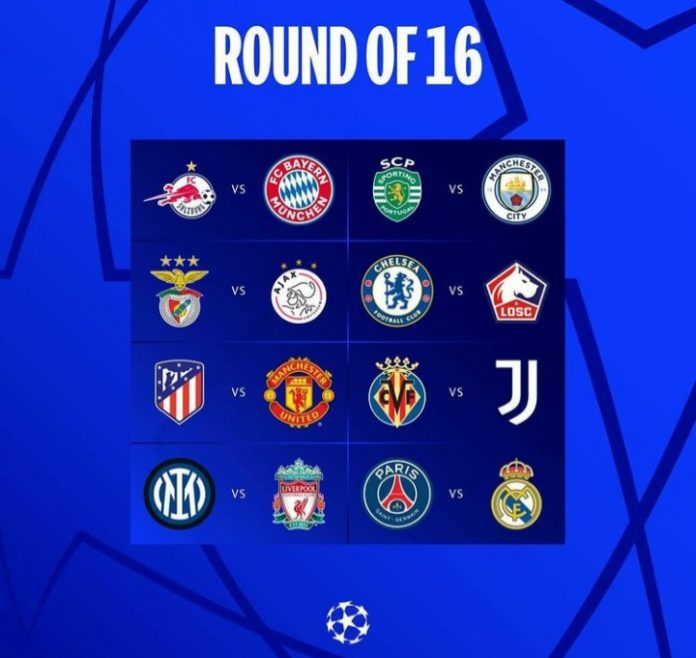 Spanish giants, Real Madrid have been drawn against French club, Paris Saint-Germain (PSG) in the UEFA Champions League Round of 16.

Sporting CP of Portugal were drawn against Manchester City while Juventus are to face Villarreal.

Bayern Munich are to play Austrian side, Salzburg.

Chelsea and French Champions Lille are to clash in the Round of 16.

Spanish Champions, Atletico Madrid are facing Manchester United as each team hope to make it to Saint Petersburg final scheduled for 2022.