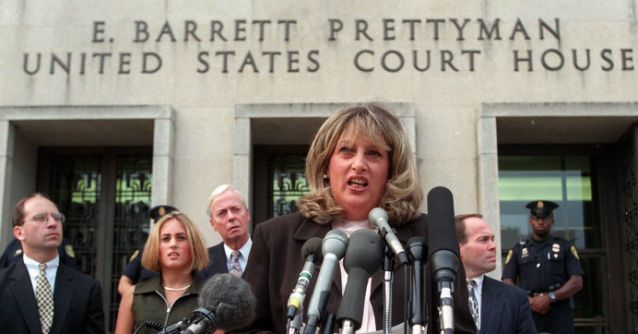 The whistleblower in former US President, Bill Clinton’s infamous sex scandal, has died.

Linda Tripp, according to local media reports in the US monitored by African Entertainment, passed on Wednesday, April 8, aged 70.

She is reported to have been admitted to hospital over the last few weeks with Monica Lewinsky, the lady who was at the heart of the scandal, wishing her speedy recovery.

“No matter the past, upon hearing that Linda Tripp is very seriously ill, I hope for her recovery. I can’t imagine how difficult this is for her family,” she tweeted. 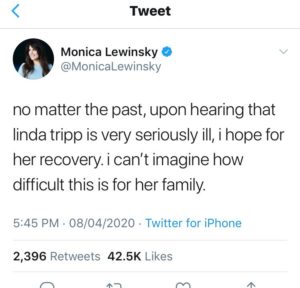 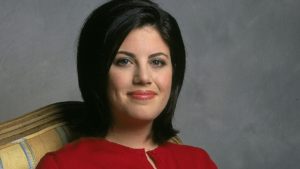 African Entertainment verified and is certain that the tweet above was made on Lewinsky’s official Twitter handle.

Lewinsky was Tripp’s close friend until the scandal.

The late Tripp nearly crumbled the Presidency of Bill Clinton.

Contrary to earlier report, it has been revealed that she did not die from the effects of conronavirus.

Tripp recorded the long confessional conversations she had with former White House intern Lewinsky back in 1997 over the latter’s affair with the 42nd POTUS.

Tripp was considered an important part of the probe that led to Clinton’s unsuccessful impeachment trial a few years later.

She was also the one who reportedly tipped Special Prosecutor Ken Starr off to the existence of a certain blue dress that Lewinsky had worn to once of her dalliances with Clinton and had left with Presidential stains, so to speak.

Biden to nominate first Black Woman to US Supreme Court