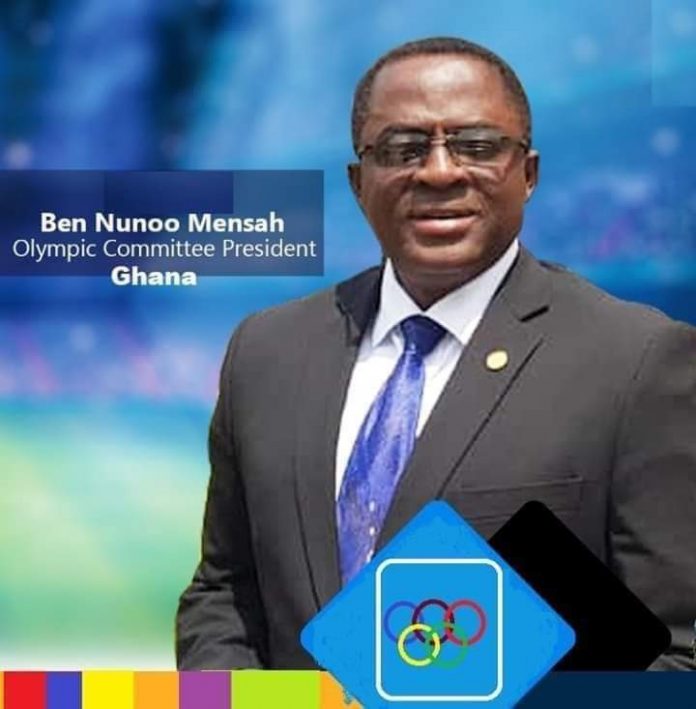 The President of the Commonwealth Games Association of Ghana has assured that the final list of Team Ghana athletes for Birmingham 2022, would be vetted and scrutinized to ensure that only the very best medal hopefuls are going to represent the nation.
Mr Ben Nunoo Mensah who is also the President of the Ghana Olympic Committee GOC, confirmed that preparations are well underway to make the upcoming Commonwealth Games in Birmingham one of the most successful for Team Ghana.
“In terms of participation by Team Ghana, we already have a record number of disciplines and athletes who have qualified. So it is now a matter of focused selection with adequate preparations and making sure resources are channelled to support our team”.
Mr Nunoo Mensah gave the assurances when he met the communications directorate of the Ghana Olympic Committee along with other senior GOC officials at the Olympic house in Accra at the weekend.
Ghana will be participating in the summer Commonwealth Games in the city of Birmingham from Thursday 28th July to Monday 8th August 2022 and with his immense experience from previous games, Nunoo Mensah gave a clear update on steps being taken by key stakeholders to prepare as best as possible.
Over the past few weeks, the GOC President has led sittings with the Commonwealth Games Association and other key stakeholders including the Ministry of Youth and Sports working behind the scenes with various bodies, organizations and authorities responsible for ensuring that Team Ghana is ready ahead of time.
He disclosed that the Ministry of Youth and Sports as well as the international Olympic Games Committee have been engaged in talks for several weeks and he does not foresee obstacles that will be insurmountable.
Team Ghana is on the verge of presenting a record contingent of qualified men and women for the games following the successful high rate of qualifications.
Present at the meeting was Mr Abdul Haye Yaatey – Chairman of the G. O. C communications subcommittee, Mr Albert Frimpong – Board member of G. O. C  and chairman of G. O. C marketing subcommittee, Mr Sammy Haywood Okine, Mr Kobby Jones Asante Mfodwo, Mr Aboagye Duah and Mr Charles Amofah as well as GOC Communications Director Mr Yaw Ampofo Ankrah.
Mr Nunoo Mensah cautioned that due to the challenges and problems encountered during the 2018 Gold Coast Games in Australia, “things will change”.
A notable shift for Birmingham is that individuals, especially media practitioners who wish to cover or attend the games, must acquire their accreditation in Birmingham after securing visas from the British High Commission.
The GOC boss revealed that sports federations with the potential of qualifying for the games have been tasked to present the names of athletes and officials on time to avoid delays in the processing of visas.
Online briefings,  meetings and other sessions aimed at aligning Team Ghana with the Games timetable and countdown are ongoing.
Source: GOC COMMUNICATIONS