Talks over Nelson Nelson Semedo’s contract extension at Barcelona have broken down, according to reports.

Reports say the Portuguese right-back and the Spanish Club could not reach an agreement over the extension of his contract beyond 2022.

According to Spanish Sports outlet, Marca, Barcelona are now holding talks with Juventus over the signing of Mattia de Sciglio.

Full Report From Marca Below

The right-back won’t extend his stay at the Camp Nou past this summer, let alone to his contract expiration date in 2022. 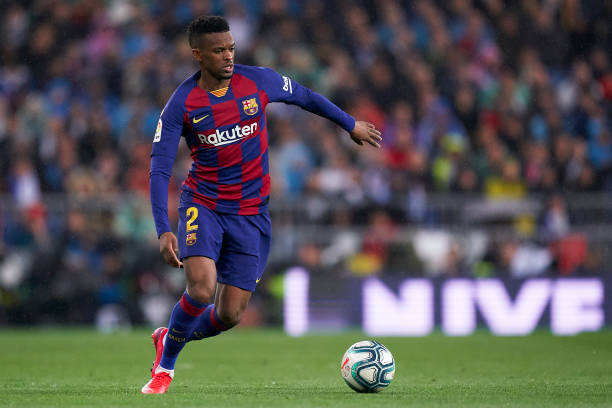 The club had offered to extend his deal by a further three years, but the two parties didn’t reach an agreement in the end.

As a result of these developments, the club have placed the Portuguese defender on the transfer list and are actively looking to sell him in the next window.

The Catalan side are hoping to cash in on him now before his value falls as his contract runs down.

Semedo has plenty of admirers across Europe and Barcelona would be looking for a fee in the region of 40 million euros or a player to exchange.

Furthermore, the 26-year-old could prove to be a key figure in deals to sign Lautaro Martinez and Miralem Pjanic.

Inter are known to be looking for a right-back and Semedo’s name has come up in conversations before.

Juventus would also be willing to sign a right-back and, while Arthur Melo is their top priority in a swap deal involving Pjanic, the midfielder doesn’t want to leave the Camp Nou.

Barcelona are also planning to offer Semedo, Ivan Rakitic and Jean-Clair Todibo as makeweights to sign the Bosnian.

The problem that Barcelona have with letting Semedo go is that it leaves a rather considerable gap in their squad.

Without the former Benfica man, Quique Setien will be left with just Sergi Roberto, who is a natural midfielder, and Moussa Wague, who hasn’t lived up to expectations, as right-back options.

Barcelona are looking to generate a further 70 million euros in player sales before June 30 in order to balance their books.