According to reports, the Camp Nou board are hoping to lower the price for the Germany international by offering players in part exchange.

Este contenido tiene un vídeo que no está disponible en tu zona geográfica
Bayern Munich’s interest in Kai Havertz is little secret but the Bundesliga giants could face competition from Barcelona for the €100m-rated Germany attacking midfielder. However, the Camp Nou board are expected to undergo a bit of belt-tightening this summer due to loss of revenue brought about by the coronavirus pandemic and are considering what they can offer Bayer Leverkusen in exchange for the in-demand 20-year-old. 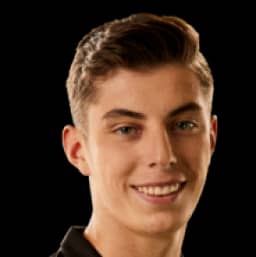 According to German broadcaster Sport1, Barça have made initial contact and are ready to offer a cash sum plus one or more of Emerson Leite, Carles Aleñá and Marc Cucurella. The former two are both on loan at Betis and Leverkusen may be tempted by the idea of landing Emerson as they are in the market for a right back. The versatile Cucurella, who is on loan at Getafe, is another player who may interest the Bundesliga side.

Havertz is out of contract at Leverkusen in 2022 and has spoken of his desire to test his mettle in a league other than the Bundesliga: “I am ready to take a big step and I like challenges. Going abroad will be part of that,” he said in a recent interview.

Bayern Munich are expected to concentrate their efforts this summer on Leroy Sané while also looking for a full back. That would leave Barça with potentially a free run at Havertz, if they can find the right blend of players plus cash to get Leverkusen to the table.