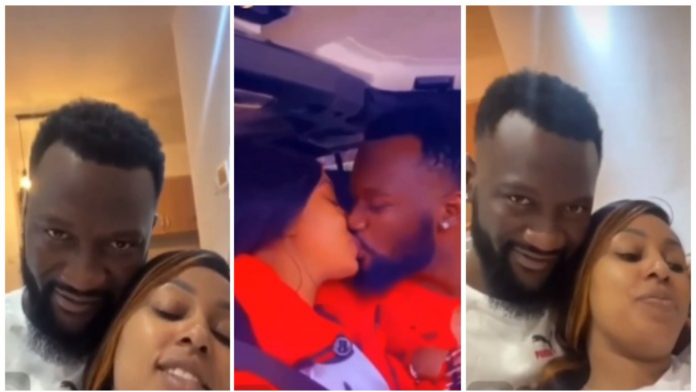 Amber Ray’s relationships don’t seem to be working. Whenever she tries a new relationship, it hits a dead end. But she’s always willing to give it another shot over & over again. Her last boyfriend, a Sierra Leonean basketballer identified as Kabba, has now come clean on what lead to their fall-out several weeks ago.

Their relationship barely lasted three months and Kabba even stopped posting Amber Ray’s photos on his social media. They had a few dates and even shared romantic photos from their dates. Their excitement was, however, short-lived.

Talking about their separation, Amber started sharing cryptic messages on her socials.

In one of her posts, Amber admonished women should have their own money and not depend on men that much. This was, however, contrary to what she had previously said- that she depends on men to live a sumptuous lifestyle.

“This season of life I don’t wanna be around anyone who takes me out of my character. I just want to laugh, live, love & prosper. I want people around that I can trust People I can grow with.. that have a genuine love for me.”

While speaking with SPM Buzz, his boyfriend Kabba confirmed the dissolution of their relationship saying he was trying to build a different thing from what she was building.

“I still love her but everyone has moved on. I did not take time to know who amber Ray was. She was always telling me not to listen to what I hear about her or read about her.”

Amber is currently not seeing someone. But is she still searching?