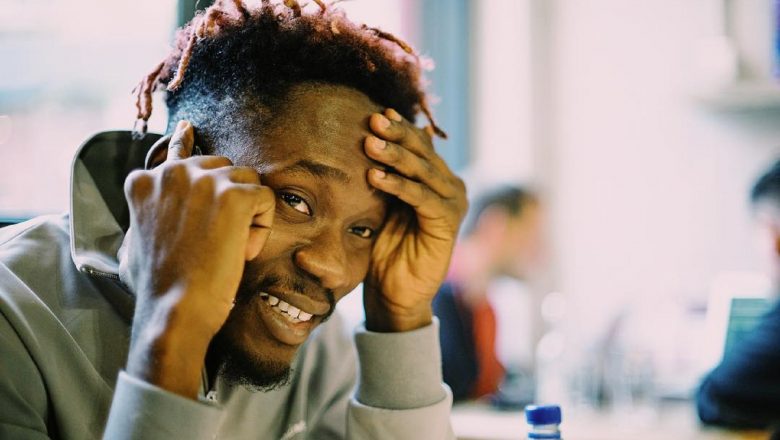 Nigerian singer, Mr Eazi is currently in Zambia for his Hypefest tour. Over the past week, the tour has recorded a large success especially in Kenya as reports confirm that the tickets to his show sold out pretty fast.

However, last night put a little dent in the records of Eazi’s tour as unfortunately, Mr Eazi performed for a very mischievous set of fans.

Mr Eazi who is currently in Zambia was filmed dancing and bouncing off the stage in excitement as the fans chanted what appeared to be praises.

Unfortunately, the fans were up to no good as in truth, the chants were a mockery of the singer. Tweets trending this morning by Zambians confirm that in truth the crowd booed and mocked him as he jumped with excitement. See video:

Zed kids got no chill.. How could they insult #mreazi pic.twitter.com/zsc68OP0gC