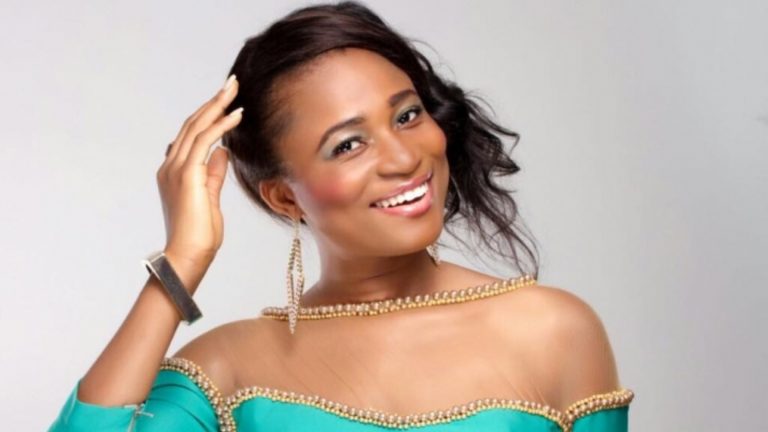 “I never believed in this love thing until it struck me like thunderbolt. We met in a very dramatic way; I thought I was being kidnapped; I probably was being kidnapped; I was bored and I went somewhere and this guy just whisked me away. In the beginning I was scared, and then I was curious and I found myself in his home and I was curious again; I thought I should blow the alarm, by then I was dating somebody but I noticed I wasn’t even in love because the person came, he knew something was wrong, he brought in the police, I managed to get out of his hold (the kidnapper), but I went back. That’s why I said I fell in love with my kidnapper.” Christabel Ekeh told Joy Prime at the premiering of ‘Damaged Goods’ by Roverman Productions, in Accra Ghana.

It is said that people fall in love in different ways and at different places – this seem to be the case of the Ghanaian actress who said that she got whisked by the ‘charms’ of an unknown ‘famous and rich’ kidnapper, sometimes ago.

According to one school of thought, for an actress who has long earned herself an active movie role and have been out of the news for a while, she can stir the waters and gather tongues to wag in her direction, thus, to them, the story doesn’t sound clear. Another school of thought thinks that if the case of her supposed kidnap was (is) true, then she must have seen, heard or even smelt something called ‘love’, for her to come out unscathed.

It must be reminded that this is not the first time that the 26-years-old Ghanaian/Nigerian has ‘tickled’ her fans to ‘laugh’, but one thing is certain this time, they may be losing some iota of trust for their idol who they would rather she got back into acting, and enhance her reputation.