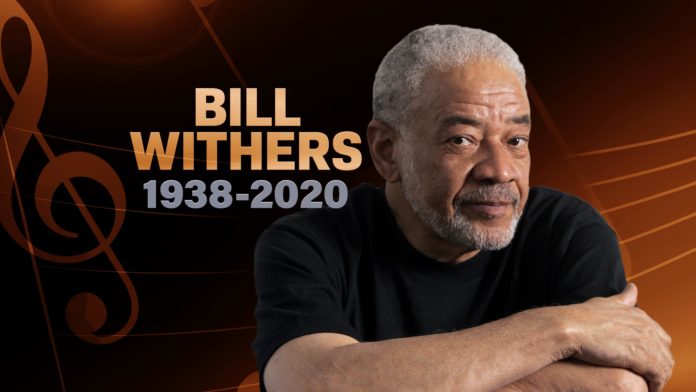 Wither is credited for classics like ‘Lean on Me’, ‘Lovely Day’ and ‘Ain’t No Sunshine’ and was active in the music scene until the 1980s.

The statement read, “We are devastated by the loss of our beloved, devoted husband and father,” his family said in a statement.

The former First Lady took to Twitter on April 4, 2020, following the announcement, to pay tribute to the icon.

She tweeted that “Bill Withers made the sort of music that you couldn’t help but sing along to – from “Lean On Me” to “Love Day,” he had a gift for giving voice to our joys and our sorrows. 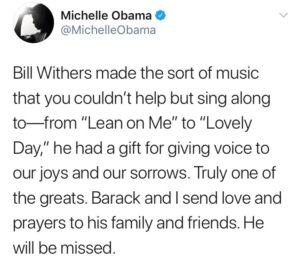 “ Truly one of the greats. Barack and I send love and prayers to his family and friends. He will be missed,” the tweet ended.

Let’s Reflect On the blessings we enjoy – Obama

Behind the Making of ‘Becoming,’ Michelle Obama’s Top-Secret Netflix Doc